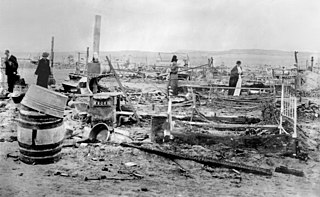 Ludlow Massacre happened in 1914 in Ludlow, Colorado. Striking miners were attacked by National Guardsmen. Nineteen men, women, and children were either shot to death or died in a fire. Children could read The Ludlow Massacre of 1913-1914 by Rosemary Laughlin. They could also examine some great primary resources at: https://guides.library.csupueblo.edu/ludlow.

Babe Ruth made his pitching debut in 1914 when the Baltimore Orioles defeated the Buffalo Bison 6-0. Children could learn more at: Babe Ruth.

Air conditioner was patented by Willis Haviland Carrier in 1914. Idea: Children could research how air conditioners work, and they could find out if different types of coolant exist. Children can learn how an air conditioner works by viewing: https://www.youtube.com/watch?v=_lFUlA1PZ8U.

American Horseshoe Pitchers Association was formed in 1914. Idea: Children could pitch some plastic horseshoes on the playground. They could visit the still-functioning group’s website at: http://www.horseshoepitching.com/.

First traffic light in the country was installed in Cleveland, Ohio, in 1914. James Hoge received patent #1,251,666 for his “Municipal Traffic Control System.” Four pairs of red and green lights were wired to a manually controlled system. Children could view the patent at: Traffic Light.

Martha, the last passenger pigeon, died in 1914. Named after Martha Washington, this bird lived for about 29 years in the Cincinnati Zoo. Some experts believe that between three and five billion passenger pigeons once lived in North America. However, destruction of its environment and large-scale hunting brought an end to the species. Older children could learn more at: Martha.

Garret A. Morgan patented a device for breathing in 1914 that would make mining safer. He received patent number 1,113,675. Children can view the patent at: Breathing Device.