Changes from Treaty of 1818

Cuban Missile Crisis began when President Kennedy in 1962 demanded that missiles placed in Cuba be removed. The United States also placed an embargo around the island to prevent other arms entering Cuba. On October 28 the Union of Soviet Socialist Republics started to remove the weapons. Older children could learn more at: State Department.

United States and Canada established uniform time zones in 1883. Prior to 1883 towns and particularly railroads established their own time standards. Therefore, travel between communities could be very confusing. The continental United States has four time zones. Alaska and Hawaii each add another time zone. Children could check out: http://www.timeanddate.com/worldclock/ and create some good math problems with the data.

Antarctic Treaty was signed by twelve nations in 1959. The original twelve countries are: Argentina, Australia, Belgium, Chile, France, Japan, New Zealand, Norway, Soviet Union, South Africa, United Kingdom, and United States. Today 50 countries recognize the treaty. The continent will be kept as a scientific preserve, and no nation can colonize it. Children can learn about the Antarctic Treaty at: Antarctic Treaty. They can view great pictures of Antarctic animals at: Antarctic Animals. 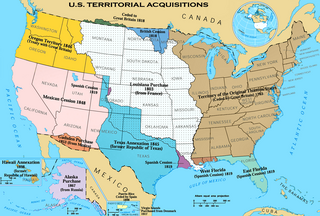 Maryland in 1788 donated ten square miles of land to the United States. This land became part of the District of Columbia. Our Founding Fathers wanted to establish a new capital, rather than use an existing city such as New York or Philadelphia. The Residence Act gave George Washington the authority to decide where to locate the new nation’s capital. The Maryland land was in about the middle of the country at that time. Children can view the documents that made the District of Columbia possible at: District of Columbia.

War of 1812 ended in 1814 when a peace treaty, the Treaty of Ghent, was signed in Ghent, Belgium. Representatives from the United States and Great Britain started negotiations in August and completed the details December 24th. The Senate ratified the treaty on February 16, 1815. Children can view a photograph of the original document and the detailed transcript of the treaty at: Treaty of Ghent.