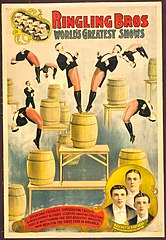 Great American Solar Eclipse occurred in 2017. The eclipse began in the northwest around 9:05 AM Pacific Daylight Time and crossed the country in a southeasterly direction. It concluded around 4:09 Eastern Daylight Time in the southeast. Around two solar eclipses and two lunar eclipses happen every year, but this eclipse was so special because it crossed the entire United States. The next solar eclipse influencing the United states will be on April 8, 2024, but it will not be as monumental as the 2017 eclipse. Children can learn about solar eclipses at: Solar Eclipse.

Peggy Whitson returned to earth on September 3, 2017. She set a new record of 665 days in space, including 288 days during her most recent stint on the International Space Station. She is now the American and any woman to spend the most time in space. She served on three missions on the space station. She set other space records as well. She is the oldest female astronaut at age 57, and she is the first woman to have commanded the International Space Station twice. The biochemist landed in a Soyuz capsule in Kazakhstan. Older children can learn more at: Peggy Whitson.

Saturn and Its Rings

Cassini Space Probe ended in 2017 when it was de-orbited above Saturn and was destroyed in Saturn’s atmosphere. The Cassini Huygens unmanned mission was launched on October 15, 1997. The Cassini-Huygens mission was a joint venture of the European Space Agency, the Italian Space Agency, and NASA. Cassini was supposed to be viable only until 2008. However, it continued to send back valuable data about various planets and Saturn’s moons and rings. Scientists had it perform a “Grand Finale” where it threaded its way between Saturn and the planet’s inner rings. That final set of maneuvers provided maximum information regarding Saturn. Children could read some amazing Cassini facts at: Cassini Quick Facts.