Fort Raleigh National Historic Site was established in 1941. Located in Dare County, North Carolina, the site protects Roanoke Colony, the first English settlement in North America. The settlers, funded by Sir Walter Raleigh, arrived in 1587. However, by 1590 no settlers could be found. The area became the “Lost Colony.” Children could learn more at: https://www.nps.gov/fora/index.htm.

The Frozen Niagara, inside Mammoth Cave

Mammoth Cave National Park was created in 1941. Located in central Kentucky, the park encompasses almost 53,000 acres. Mammoth Cave is the longest cave system in the world. More than 400 miles of cave trails have been mapped. Children could visit the park’s website at: http://www.nps.gov/maca.

Pearl Harbor, Hawaii, was attacked by the Japanese in 1941. President Roosevelt called the day “a date that will live in infamy.” The Japanese airplanes attacked early in the morning. They destroyed almost the entire Pacific Fleet and approximately 200 airplanes. Almost 3,000 people were killed in the hour-long attack. This event brought about America’s entrance into World War II. Children can learn more about the bombing of Pearl Harbor at: Pearl Harbor. 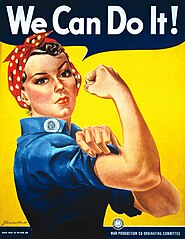 National Gallery of Art opened in 1941 in Washington, DC. President Franklin Roosevelt officiated at the opening. The museum was created in 1937 when a number of wealthy art collectors donated many of their acquisitions to become the core of the exhibits. It has a fine collection of artwork, ranging from the medieval period to the present. Children could visit the Internet site, especially the online tours, at: http://www.nga.gov. They could also pretend to be curators for the National Gallery of Art and decide which works of art to add to the collection. They could also view the amazing children’s portion of the website at: NGA Kids.