Supernova was observed in 1006 by Chinese and Egyptian astronomers. Called today SN1006, the supernova was very bright for about three months, then dimmer, and then brighter again. Children can learn more about supernovas in general at: Supernovas. 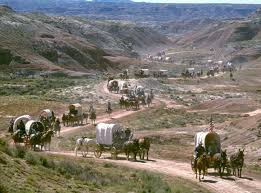 First wagon train left Independence, Missouri, for California in 1841. The wagon train reached its destination November 4, 1841. Most wagon trains left in the spring, because it took four or five months to reach their destination. The trains did not want to be isolated in the mountains during winter. The trains, perhaps as much as one hundred wagons long, traveled about fifteen to twenty miles a day. The wagons were called prairie schooners because their white tops looked like billowing sails. Idea: Children could learn more at: Wagon Trains. They could also read Russell Freedman’s Children of the Wild West.

William Herschel located the first binary star, Xi Ursae Majoris, in 1780. Later astronomers found that each of the two stars has another star orbiting around it! Researchers today believe that about a third of the stars in the Milky Way are binary. Children can learn about binary stars at: Binary Stars.

Diane Crump in 1970 became the first woman to ride in the Kentucky Derby. Her horse did not win the race, but she is credited with winning at least 228 races. Five other women (Patti Cooksey, Andrea Seefeldt, Julie Krone, Rosemary Homeister, and Rosie Napravnik) have been jockeys in the Kentucky Derby. Children can read a short biography of Crump at: Diane Crump.