Democratic Party used the donkey as its emblem for the first time in 1870. Harper’s Weekly printed an article which included Thomas Nast’s caricature of a donkey. Children can see the cartoon and learn more at: Donkey. 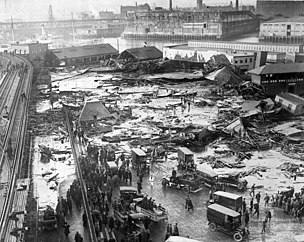 Wikipedia was started by Jimmy Wales and Larry Sanger in 2001. It is supported by a non-profit group, Wikimedia. Today the online encyclopedia has 18 billion articles in 287 languages. Over 70,000 volunteers work to make the articles accurate and current. Children can check out Wikijunior at: Wikijunior.

Philip Livingston (born Albany New York, 1716; died York, Pennsylvania, June 12, 1778) signed the Declaration of Independence. He represented New York. Born into wealth and prestige, he made his own fortune by being a merchant. He became involved in politics and legislation at a variety of levels, including the Continental Congress. During the Revolutionary War, he actively raised funds for the troops. He died in York when the Continental Congress was in session there. Children could learn more at: Phillip Livingston.

Edward Teller (born Budapest, Hungary, 1908; died Stanford, California, September 9, 2003) was a renowned physicist. He is known as the father of the hydrogen bomb. Children could learn more at: Edward Teller.