World Oceans Day is today! Conceived in 1992, the day was officially recognized by the United Nations in 2008. This year’s theme is “Revitalization: Collective Action for the Ocean.” Children can learn more at: World Oceans Day.

Norfolk Island celebrates Bounty Day. This self-governing territory of Australia honors the day in 1856 when Pitcairn Islanders on the Bounty landed on its shores. This tiny island (about 0.2 the size of Washington, DC) supports about 2,200 people. Kingston is the capital. Children can learn more at: Norfolk Island. 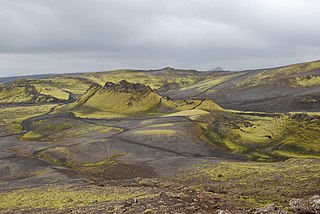 Laki Volcano began erupting in 1783 in southern Iceland. The eruption, spewing 120 million tons of sulfur dioxide and lasting eight months, killed 10,000 people immediately, and caused weather changes all over the world. It caused droughts in Europe, Northern Africa, and parts of Asia. Experts estimate that probably five million people died of starvation or diseases related to the volcano over a period of seven years. Children can learn about volcanoes in general at: Volcanoes.

James Madison suggested the Bill of Rights in 1789. He realized that many people felt the new Constitution was not strong enough without some statements about individual rights, including freedom of speech and freedom of religion. The Bill of Rights added the first ten amendments to the Constitution and became effective December 15, 1791. Children could read a kid-friendly version of the rights: Bill of Rights.

George Wythe died in 1806 in Richmond, Virginia. He was born in Elizabeth City, Virginia, probably in the year 1726. The exact date of his birth is unknown. Representing Virginia, he was one of the signers of the Declaration of Independence. He also attended the Constitutional Convention. A lawyer, he was a mentor to Thomas Jefferson and James Monroe. Sadly, he was murdered by a nephew seeking Wythe’s fortune. Children can learn more at: George Wythe.

Rocket Mail took place in 1959. The United States Postal Service launched a missile, loaded with commemorative letters, from the USS Barbero, located off the northern coast of Florida. The missile safely parachuted down with its contents in Florida. There was thought that rockets could quickly deliver mail from continent to continent, but rocket costs and numerous setbacks halted the plans.

Tim Berners-Lee (born London, England, 1955) is a computer scientist and is credited with creating the World Wide Web. Children could view some of his TED talks at: Tim Berners-Lee.

Barbara Bush (born Rye, New York, 1925; died Houston, Texas, April 17, 2018) was the wife of George Bush, forty-first president of the United States. Because her husband’s occupations revolved around either the oil business or politics, they moved frequently. She counted 29 moves. While she was First Lady, she strove to improve literacy in America. While she was the wife of the forty-first president, she was also the mother of the forty-third president. Children can visit a website at: Barbara Bush.

Francis Crick (born Northampton, England, 1916; died San Diego, California, July 28, 2004) discovered with James Watson the structure of DNA. He, along with Watson and Maurice Wilkins, received the 1962 Nobel Prize in Physiology or Medicine. Children can learn more at: Francis Crick.

William Few (born near Baltimore, Maryland, 1748; died Beacon, New York, July 16, 1828) represented Georgia at the Constitutional Convention. He was a U.S. senator, and then he and his family moved to New York, where he was active in politics and the economy. Children could learn more at: William Few.

Carolyn Meyer (born Lewistown, Pennsylvania, 1935) has written at least 50 books for children and young adults. She writes historical fiction and biographies. Her books include the Royals series and The True Adventures of Charley Darwin. Children can visit her website at: Carolyn Meyer.

Frank Lloyd Wright (born Richland Center, Wisconsin, 1867; died Phoenix, Arizona, April 9, 1959) was a revolutionary architect. He believed a house and its surroundings should blend together. One of his most famous designs was Fallingwater in western Pennsylvania. A house was designed around a small stream and waterfall. Children could learn more by reading Frank Lloyd Wright for Kids: His Life and Ideas, 21 Activities by Kathleen Thorne Thomsen.