World Turtle Day reminds people to protect tortoises and turtles. Founded by American Tortoise Rescue, the day serves to educate people as to the vulnerability of turtles. Children can visit a website at: Tortoise. Children can learn about the six species of sea turtles protected by the Endangered Species Act at: Sea Turtles. 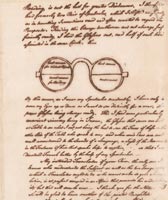 Peter Parnall (born Syracuse, New York, 1936) has written and illustrated at least sixteen books, In addition, he has illustrated at least 80 book written by other authors. He has earned three Caldecott Honor Awards: in 1976 for The Desert Is Theirs, in 1977 for Hawk, I’m Your Brother, and in 1979 for The Way to Start a Day. All three of those books were written by Byrd Baylor.