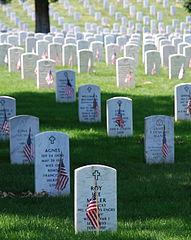 Memorial Day is today. Celebrated on the last Monday of May, the day honors all those who died in war. The day is marked with parades and picnics. The day also signifies the unofficial first day of summer. Children can learn about the history of Memorial Day at: Memorial Day.

Copyright Law was established in 1790. Children could learn more at: http://www.copyrightkids.org/.

First bicycle race was held in Paris, France, in 1868. The 1.2 km race was at the Parc De Saint-Cloud. James Moore, an Englishman, won the race on a wooden bike with iron tires inlaid with ball bearings.

Flaked cereals were patented by Dr. John Harvey Kellogg in 1884. He developed the cereals as a healthy alternative to breakfasts of bacon and eggs. Children could poll friends to find out which cereals are most popular.

Seventeenth Amendment to the Constitution was adopted in 1913. It provided for the direct election of senators. Prior to the amendment, senators were elected by state legislatures.

Elizabeth Coatsworth (born Buffalo, New York, 1893; died Nobleboro, Maine, August 31, 1986) wrote over 90 books for children. Her books include the Sally series and The Cat Who Went to Heaven, which received the 1931 Newbery Medal.

Walt Whitman (born West Hills, Long Island, New York, 1819; died Camden, New Jersey, March 26, 1892) was a poet and reporter. One of his most famous works is Leaves of Grass. Children can read some of his works at: Project Gutenberg.

Jay Williams (born Buffalo, New York, 1914; died London, England, July 12, 1978) wrote books for both adults and children. He is most known for his Danny Dunn series.