Rubber Eraser Day is honored. Joseph Priestley accidentally invented the eraser in 1770 when he was experimenting with latex.

American School for the Deaf (originally called the Connecticut Asylum for the Education and Instruction of Deaf and Dumb Persons) was founded in Hartford, Connecticut. Thomas Hopkins Gallaudet and Laurent Clerc started the school, still thriving, in 1817. Children can learn more about the history of education for the deaf at the school’s website at: https://www.asd-1817.org/. Children can learn more about American Sign Language at: http://www.handspeak.com/.

“Unsinkable” Titanic sank in 1912 with 1,500 people on board. The luxury liner was on its maiden voyage from England to New York City when it hit an iceberg and sank three hours later. The ship did not provide enough lifeboats for all the crew and passengers. Over 700 people were rescued by the Carpathia when it reached the site. In 1985 Dr. Robert Ballard and his crew located the remains of the Titanic and photographed it. Idea: Debate whether the Titanic should be raised or not. Students may want to read Robert Ballard’s Exploring the Titanic, published in 1988. Children could read The Titanic: An Interactive History Adventure, by Bob Temple.

Thomas Hart Benton (born Neosho, Missouri, 1889; died Kansas City, Missouri, January 19, 1975) was an artist. His works of the American midwest and south led to the development of artistic regionalism. Children can view his Indiana murals at an interesting website: Thomas Hart Benton.

Henry James (born New York, New York, 1843; died London, England, February 28, 1916) was a prolific and noted American writer. He wrote over 110 stories, twenty novels, and sixteen plays. Some of his most famous work includes The Turn of the Screw and What Maisie Knew. Older children can read many of his works at: Project Gutenberg. 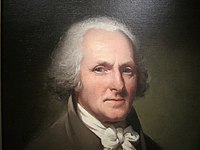 Bessie Smith (born Chattanooga, Tennessee, 1894; died Clarksdale, Mississippi, September 26, 1937) was nicknamed the “Empress of the Blues.” She combined spirituals with jazz, and some experts consider her one of the greatest singers in blues history. She died in a car crash in 1937.

Leonardo da Vinci (born Vinci, Italy, 1452; died Cloux, France, May 2,1519) was a great artist and scientist. Famous works include Mona Lisa, Saint John the Baptist, and The Last Supper. His scientific interests ranged from plant studies to aviation. Idea: The Last Supper is a fresco; it is painted into the plaster on the wall. Fill disposable pie plates with wet plaster of Paris. Children can paint right into the wet plaster surface. Let the plaster dry, and then display the results. Children could also read Leonardo da Vinci for Kids: His Life and Ideas, 21 Activities by Janis Herbert.